This shop has been compensated by Collective Bias, Inc. and its advertiser. All opinions are mine alone. #BakeItYourself #CollectiveBias #BakeFromScratch

Fill the air with the delicious smells of Apple Pie Cinnamon Rolls. Nothing tastes better than a cinnamon roll baked from scratch, especially when the dough doesn't take all day to rise!

In our family, cinnamon rolls were a special occasion treat. They would grace the table on holidays or birthdays, or sometimes on the first day of school. But all those years...I NEVER HAD HOMEMADE CINNAMON ROLLS!

There's something magical about a homemade cinnamon roll. There's something beautiful about watching the dough you created rise with the help of Fleischmann's® RapidRise® Yeast into a fluffy dough ball just waiting to be rolled out onto a sheet and covered in butter, sugar, cinnamon and apples.

I'm not a novice in the kitchen when it comes to yeast - see my posts on Homemade Grilled Pizza, Restaurant Style Pizza Dough and Homemade Crispy French Bread - so I had an idea of what to expect when I was working with the cinnamon rolls.

If you know how to follow a recipe and can make cookies, making a yeast recipe isn't too far from many other baked good recipes. This particular cinnamon roll recipe doesn't call for an extended rise time either, which is perfect for when you want cinnamon rolls without the super long wait!

Baking from scratch is the best. When I have the time (and I usually will make the time, even when I don't have it), I will always choose homemade over store bought baked goods. Nothing tastes better than homemade! Fleischmann's®​ RapidRise®​ Yeast brought these cinnamon rolls to life and filled all the rooms in our house with the scrumptious aroma of cinnamon, apples, and a doughy dish of deliciousness.

I have developed a reputation at work for being the person who always makes delicious baked goods and will sometimes sneakily leave them on the counter in the office the morning after a long weekend of baking at home.

Sometimes, I'm baking for my own therapeutic benefit, but most of the time, I am baking for others. Mixing, measuring, scooping, pouring, kneading dough and drizzling frosting all bring me joy, and I know the end result brings everyone else joy. Not just because they get to enjoy delicious cinnamon rolls, but because they know it makes me smile getting to share something from my kitchen with them. I also don't mind the generous compliments, either! 🙂

Is it hard to work with yeast?

Nope, I don't think so. I always loved pizza, so making my own pizza dough at home from yeast was something I knew I had to do. Once I realized that working with yeast doughs wasn't that hard at all - and sometimes only required a little bit of resting and rising time for the dough - I knew that it would be easy to make these yeast cinnamon rolls! Always follow the instructions on the package, and you will be fine!

How do I know what temperature "warm" water is?

This is IMPORTANT!! In 130 degree water, yeast begins to die. There's a sweet spot in between 120 degrees and 130 degrees that yeast loves and will thrive in. Grab your thermometer (I used our digital meat thermometer) to test the water from your tap and make sure it isn't over 130 degrees. This is one of the top ways to make sure that your rolls don't rise.

Help! What if my rolls didn't rise?

If you used extra hot water, see tip above about getting the right temperature for your water. If your water was in the safe temperature zone, check to make sure that the yeast packets you're using haven't passed their expiration date. That is another common thing that will happen and can definitely be avoided. Always check the dates on your ingredients!

How do I know when the dough has "formed into a ball"?

There's a line between when the dough still feels "wet" and when it's doughy enough to be taken out of the bowl and put onto the surface you're going to be rolling it out on. Once the dough no longer sticks to your finger, but instead has an elasticity and softness to it, it's ready to be transferred from the bowl to a lightly floured surface for kneading.

Do I have to knead by hand?

Not if you have something that can knead for you! In full disclosure, I used my stand mixer with dough hook attachment to do the kneading for me. I am fully capable of kneading dough by hand and even have a marble pastry slab on which to do so, but I am a busy lady and I understand if you are too. It all still counts as baking from scratch, but just with a little extra help!

How to get from ingredients to homemade cinnamon rolls:

Combine flour, sugar, Fleischmann's® RapidRise® Yeast​, and salt in a bowl. Microwave butter and water in a microwave safe bowl and add this mixture to the dry ingredients as well as adding in the egg.

Beat 2 minutes in an electric mixer and scrape the bowl occasionally. Add 1 cup flour, beat 2 more minutes at high speed and scrape bowl again. Stir in just enough flour so that the dough forms a ball.

Knead on a lightly floured surface for 6-8 minutes until the dough is a smooth and elastic ball.

Mix up your filling. Here we have cinnamon, sugar, and apple pie filling.

Roll dough out into a rectangle using a rolling pin. In a pinch, a sturdy pint glass will be an excellent fill-in for a rolling pin.

Spread butter on the rectangle dough.

Carefully roll the rectangle up by rolling it lengthwise so you'll be able to slice it into 12 equal slices. You can use the floss method listed in the recipe card below, but I used the largest and sharpest chef knife I owned, and it worked very well.

Place cut rolls into a greased baking dish and bake for 25 to 30 minutes or until rolls are golden brown. Pull up a chair, because it is going to smell AMAZING!!

Combine butter, powdered sugar and milk to make a frosting and drizzle frosting on warm cinnamon rolls while the rolls bake.

Remove rolls from your baking dish and enjoy! 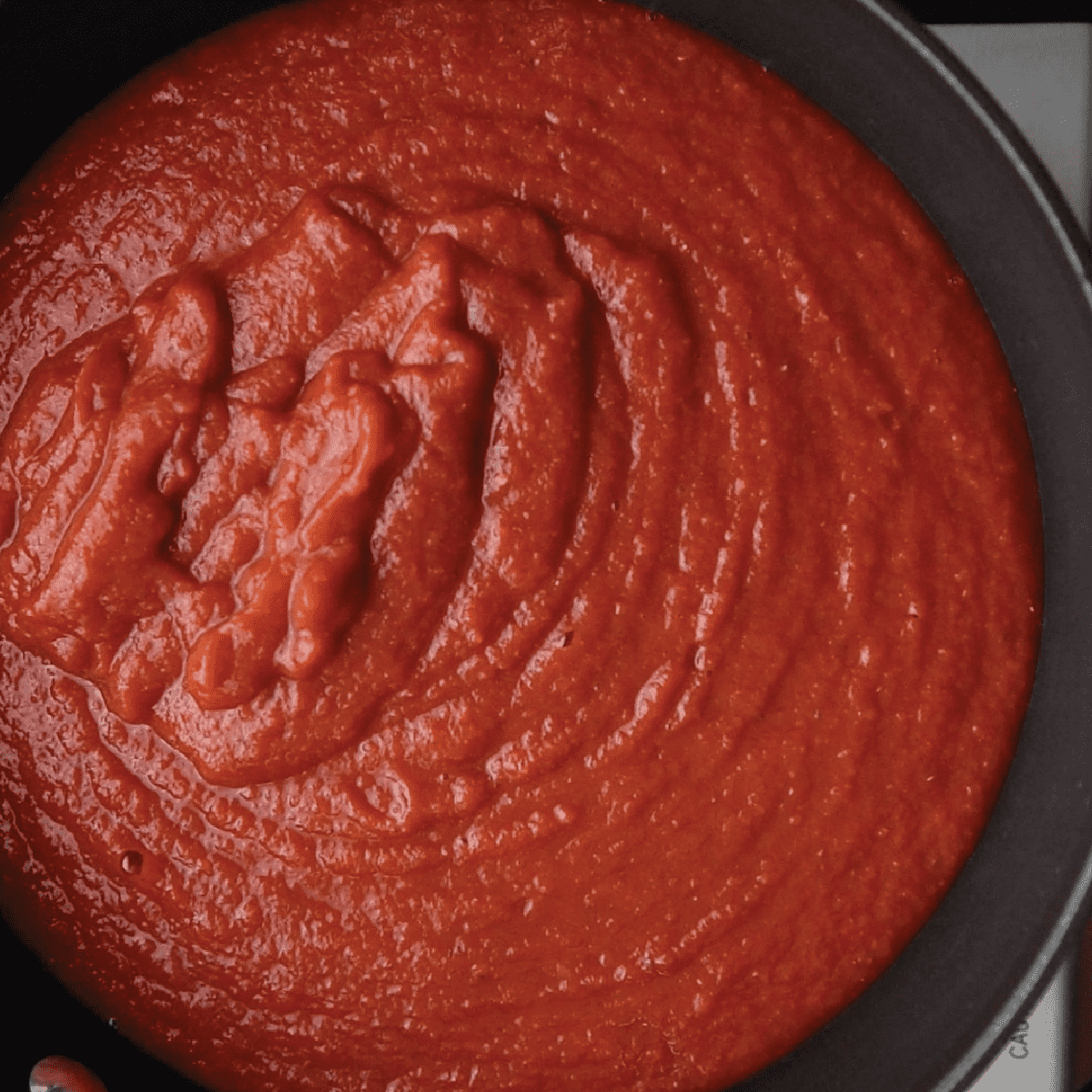